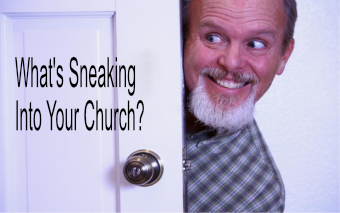 Satan has been diligently implementing his strategy of prophetic defilement. For you to be effective in ministry, you must not be seduced by his deceptions.

We are in the times of “the restitution of all things,” including apostolic and prophetic ministry (Acts 3:21). There continues to be a restoration of apostolic grace released in our generation. Christ has not changed since his resurrection and ascension. God is still giving gifts to men. He continues calling, training, activating and releasing all five ascension gifts of apostles, prophets, evangelists, pastors and teachers into His Church.

Today this has changed and many agree that there are five distinct ascension gifts of apostles, prophets, evangelists, pastors, and teachers all called to perfect the saints for the work of the ministry, for the edifying of the body of Christ (Ephesians 4:11-12). As an apostolic ministry gift, you already know that. Christ didn’t remove any ascension gifts from His Church, and all five are still vital and functioning today. With the restoration of all five gifts working together, we can expect at least five things to happen:

Spiritual confrontation within the prophetic ministry is historic. Examples include Micaiah, Elijah, and Jeremiah. Micaiah contended with King Ahab’s prophets, and Elijah and Jeremiah battled the prophets of Jezebel and Baal.

The Apostle Paul and Barnabas also confronted Elymas the sorcerer who withstood them at Paphos. The truth will always face-off against the false. Jeremiah’s prophetic ministry is an example of that face-off. His apostolic assignment and prophetic confrontation took place because the prophetic ministers of his day:

Because of neglect of God’s house and self-centered idolatry in the land, God anointed Jeremiah to oppose an erring prophetic movement that was leading people astray.

Let's get real. The Church is in a kingdom showdown with demonic spirits of darkness. It's time to sharpen our spiritual discernment and run to the battle line to root out, pull down, destroy, and throw down.