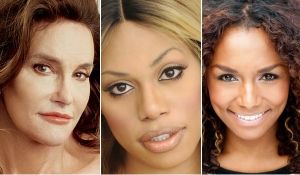 Transgenderism is an attack on God's design of man, Western culture, and the kingdom of God. It's incredible to think that some men want to become women and some women want to become men. The bottom line truth is this. God determines your sex.

It's a scientific fact that chromosomes decide sex. An XY chromosome is male, and the XX chromosome is female. You can make all the surgical changes and take all the hormonal pills you desire, but you can't change your chromosomes. Your either XY or XX. It's that simple. It has absolutely nothing to do with how you feel.

The transgender push is not because of a grassroots movement. The promotion of transgenderism comes from big-dollar funding by homosexuals, progressives, and those with financial interest within the medical community. According to New York feminist Jennifer Bilek, the money is coming from some well-known progressives.

These men and others, including pharmaceutical companies and the U.S. government, are sending millions of dollars to LGBT causes. Overall reported global spending on LGBT is now estimated at $424 million. From 2003-2013, reported funding for transgender issues increased more than eightfold, growing at threefold the increase of LGBTQ funding overall, which quadrupled from 2003 to 2012. This huge spike in funding happened at the same time transgenderism began gaining traction in American culture.

$424 million is a lot of money. Is it enough to change laws, uproot language and force new speech on the public, to censor, to create an atmosphere of threat for those who do not comply with gender identity ideology?"

$424 million is a lot of money spent promoting transgenderism as healthy when it's not. It's a demonic agenda. According to Breitbart News, pro-genderism reaches many segments of our communities.

Dr. Paul R. McHugh, Psychiatrist-in-chief for Johns Hopkins Hospital and its current Distinguished Service Professor of Psychiatry said that transgenderism is a "mental disorder." He further stated, "Policy makers and the media are doing no favors either to the public or the transgendered by treating their confusions as a right in need of defending rather than as a mental disorder that deserves understanding, treatment, and prevention.”

Transgenderism is a demonic attack against identity. Who you are is who God says you are. Scripture declares, "So God created man in his own image, in the image of God created he him; male and female created he them" (Genesis 1:27). There is no third gender. Sexual identity is determined by your creator. The transgender movement is attempting to dismantle the reality of two sexes to create a third. At the core is a demonic attack against God, purpose, sexual identity, marriage, family, and children. It promotes serious problems for Western culture.

Apostle Paul wrote, "Put on the whole armor of God, that ye may be able to stand against the wiles of the devil. For we wrestle not against flesh and blood, but against principalities, against powers, against the rulers of the darkness of this world, against spiritual wickedness in high places" (Ephesians 6:11-12).

Identity, including sexual identity and purpose in life, comes from a personal relationship with Christ and the renewing of your mind with the Word of God. Like all of us, transgendered individuals deserve to know the truth and the love of God. If you are a parent, teach your children what the Bible says about purpose and identity. Protect them from the deceitful spirits and demonic agenda that is spreading throughout our schools and universities.