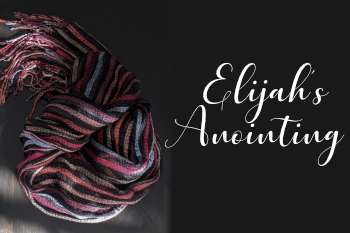 It is going to take the anointing of the Holy Ghost to put the father back into the home and turn the hearts of ungodly youth.

God mentions Elijah, a prophet powerfully used by God saying, “Behold I will send you Elijah the prophet before the coming of the great and dreadful day of the Lord and he shall turn the heart of the fathers to the children and the heart of the children to their fathers, lest I come and smite the earth with a curse” (Malachi 4:5-6).

God is not going to raise Elijah the prophet from the dead. God is talking about the anointing of the Holy Spirit that was on the prophet’s life. With that said, let us dive into a better understanding of what God is saying.

The main jest of the Scripture is dealing with the heart of “estranged fathers” and “ungodly children.” Take special note of the words estranged and ungodly. These are the words the Amplified version of the Bible uses.

“And he shall turn and reconcile the hearts of the [estranged] fathers to the [ungodly] children, and the hearts of the [rebellious] children to [the piety of] their fathers [a reconciliation produced by repentance of the ungodly], lest I come and smite the land with a curse and a ban of utter destruction: [Luke 1:17.] (Malachi 4:6).

If you watch the nightly news and listen to the radio, reports capture a rise in ungodly rebellion, lack of respect for authority, and lawlessness among our youth. I am not sure it has ever been as bad as it is right now. Much of this lawlessness is the result of a lack of fathers in the home (and in the lives of their children) because fathers are often the disciplinarians.

What caught my attention was the word estranged. The last few years have seen a major attack against men, manhood, and male identity. The liberal left is doing its best to eliminate male gender terminology. Some men are trying to become women and some women are trying to become men. All of this points toward the fight for identity but also a demonic battle to destroy God’s design for the family. I wrote about this high-level demonic attack in my book “Manhood, the fight is on.” Some writers have written that men are obsolete and unneeded. This is complete rubbish and demon-inspired propaganda.

This is how the definition of estranged fathers becomes important to understand. Look at these four definitions of the word estranged in the context of fatherhood.

These are amazing definitions of the word estranged because it captures exactly what’s happing in our world today, men removed from their customary environment (the home and life of their children).

What is our hope as disciples of Christ to turn this situation around? It's the anointing of the Holy Ghost. A word of caution. If you are in a dead religious church, get out. Find a church where the power of the Holy Spirit is moving. Ask the Holy Spirit to help you stand in the gap, make up the hedge, and turn the hearts of our young people. The good news is that God said He was sending us the same miracle-working anointing that was on Elijah.