Anointing Of The Holy Spirit 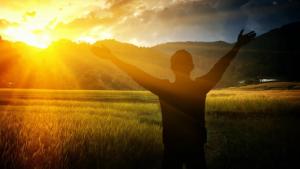 We can wrongly limit the anointing to freeing those that are suffering from various addictions, struggling with broken hearts, and even emotional pain, hurts, and wounds. It seems we have longed for the anointing of the Holy Spirit to comfort us, minister to us, nurture us, even give us a spiritual refreshing that some just want to soak in. Apostle David Coker, a fellow laborer in the Global Cause Network, said we sometimes mistakenly look to the Holy Spirit as comforter and forget He is also our teacher and leader of Christ’s Church. I agree.

From the verse above it is obvious the Holy Spirit does the anointing, and the anointing has purpose attached to it. I asked my Facebook friends to tell me what the anointing is. Here are a few sample answers:

“The anointing is a supernatural, divine enablement. “

“It is a burden removing, yoke destroying unction.”

“The anointing is given by the discretion of the Father for public use, not for you but others, and cannot be faked.”

“To me it's when you are surrendered to the Holy Spirit, and He is leading you to act.”

“ I believe the anointing means Christ-like.”

“The anointing is the clothing of God in the spirit realm which accomplishes His plans and purposes in the earth.”

“ It's the divine enablement to fulfill a divine purpose.”

I’m persuaded the anointing of the Holy Ghost is also given for godly conflict producing both spiritual and natural liberty. You already know the “anointing destroys the yoke and removes the burden.” That’s wonderful unless you are the one attaching the yoke and burdening the people. These would see the anointing as conflicting and challenging. There is an aspect of the anointing on the life of Moses that helps us better understand the anointing for conflict. The anointing on Moses was confronting and liberating. Moses was sent to Pharaoh, not to pray for Pharaoh but to confront him. When the children of God were in bondage to Pharaoh, they cried out to the Lord for help. Their bondage was economic. They had become slaves of the Egyptian state. This violated the covenant of the Lord that commanded the faithful to be fruitful, multiply, increase, subdue, and take dominion.

God created his family members to be productive.  When the state burdened God’s people, even over governing them to such a degree they could not produce and enjoy the fruit of their own labor, the people of promise cried out to God for deliverance. Jehovah heard their cries and came down to deliver (Exodus 3:9).

Moses was sent to confront the bondage maker, Pharaoh, and deliver God’s people from an oppressive secular humanists’ government. In a secular humanist government, man rejects Christ and unjustly rules over man. This is called statism. You know the story. Moses met the hardened Pharaoh with God’s mighty power. Again, Moses was an anointed sent one. Pharaoh hardened his heart refusing submission to God’s kingship over Egypt. After a bloody Holy Ghost showdown, Pharaoh let the people go. Here we see the power of God in full display conflicting with Pharaoh’s ruling power and bringing in liberty for God’s people.

Jehovah later reminded the citizens of His kingdom, “I am the LORD thy God, which have brought thee out of the land of Egypt, out of the house of bondage. Thou shalt have no other gods (elohiyms) before me. Thou shalt not make unto thee any graven image, or any likeness of anything that is in heaven above, or that is in the earth beneath, or that is in the water under the earth.” (Exodus 20:2-4). When He describes other gods, He uses the term elohiyms.  An elohiym is a protector-provider. Jehovah reminds the people that He is their King of Glory and those in His family must not look to any other as protector-provider including a secular-humanists’ state. Some liken “graven images” as engraving images such as an ungodly monetary system like the Federal Reserve’s fractional banking system. The Federal Reserve is not part of the Federal government and has no reserves. It is a cartel of private bankers. Within their bankster kingdom are, what I coined, the Mammon kings. That’s for another article.

Biblical history confirms that God’s anointing is filled with conflict but leads to liberty, not only liberty from addictions and sickness, but liberty from injustice and economic slavery. So next time you ask the Lord to anoint you think of the possibility of receiving the anointing for spiritual conflict that produces both spiritual and natural liberty.