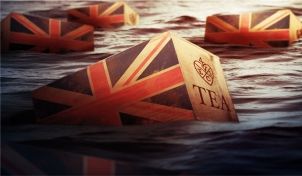 Taxation without representation. Taxation without representation. In 1773 the Boston Tea Party went down in history as a revolt against the unfair taxes, fines, and fees of King George. Secret meetings were held throughout churches seeking the wisdom of God and strategies to throw off unrestrained thievery and liberty from Britain and its cronies.

It is said that history often repeats itself. Are we getting close to that time again? Did the tax, fine, and fee spirit of King George live on?

For years Washington DC has been able to violate the US Constitution and pretty much do whatever they wanted regardless of the outrage, phone calls and emails of the general public. In fact, some are beginning to question if voting is only a ruse to make people feel like they are participating in a democratic form of government. They feel that way because their elected representatives simply ignore them after being elected.

Today, moreover, many regular Joe-the-Plumbers are feeling that their government is not serving their best interest but plundering them as tax serfs to save the very people that got our country in the financial mess it’s in.

Furthermore, public confidence in our government’s ability to lead is breaking down around us. Looking back in February 2009, over 4.99 million had lost their jobs. Millions more are lost their homes. In 2014 there were 48 million receiving food stamps. This shows the problems with debt.

For many Americans, Washington has offered nothing more than hype, vain words, political rhetoric, check writing bailouts and funding of socialists programs and bigger government. Big brother is watching as it continues to install “traffic” cameras on every street corner in America yet the big money fraudsters have yet to be prosecuted for anything.

Think Bernie Madoff, AIG officials, Wall Street executives that misled their shareholders, R. Allen Stanford and many others. Campaign words offering change we can believe in are rapidly losing their meaning.

It appears that revelation is on the way. The revelation that Main Street is about to take a licking and confidence, freedom from doubt, has left the building. Are we seeing the fanning of revolutionary embers in this country? Will recession turn into depression? Are we seeing a further great divide between the haves and the have-nots? How does the Church of Christ fit into this picture? What about you?

Before we go any further in this article, and because most my readers are Christians, I want to point out some fundamental problems that keep the Church from being useful in the marketplace of ideas, code for making this world a better place. Of course the most obvious is the backslidden, apathetic and lukewarm condition of the Church. With others, it’s a lack of conviction, zeal, and passion. And most disturbing is the lack of passionate leadership and sin within the Church. Do we have some good leadership? Yes. Could we use more? Absolutely.

For years secular humanism has ridiculed, scorned and pushed out the God of America often portraying anyone that held to biblical principles as old-fashioned, disconnected and intolerant. Right now I’m feeling pretty good about that. I think an old-fashioned gospel would seem fitting today as well as a Church disconnected and intolerant against sin. The facts, however, reveal that the Church has become neutralized as a voice and the devil rules without much opposition. When was the last time you heard a national Christian leader address the issues facing our nation for example?

Again, the Church has become negated in the battle for ideas and leadership within our nation. Not because the message of Christ has no meaning but because of the lack of revolutionary voices within the body of Christ. We can’t blame the devil for everything. The devil has his ministry, and we can expect him to be faithful to it. What we need today is a wake-up call to the mighty men. That’s right, the mighty men.

Gaining ground in a fallen world.

It’s time to get back in the race and stand up not only for the sake of your own family but the sake of our nation. This is where I usually lose people. Over the years I have found there is a certain group of people that can’t cross the line. The line is moving from spectator to participant. There are many that want to ignore what’s happening around them and forget that faith is proactive and used to overcome the world.

It’s not the apathetic that I want to converse with anyway. Apathetic people are indifferent and never do anything great with their lives. I want to talk to those Americans that don’t want to turn tail and run, to those that carry the same spirit of our Founding Fathers and those like Joshua and Caleb that tasted those Promise Land fruits with delight.

Throughout biblical history, our God has looked for those that carry a different spirit. He found Moses, Joshua, Deborah, and others. Like them there are others. They are His revolutionaries. A revolutionary is a person that doesn’t want the reprobate ruling over them. A revolutionary is a leader that carries a burning passion to turn back toward God. Is that you? I suspect if you read this far that it is.

For those of you that think there must be more, I salute you and hope to meet up with you soon. This year I have been invited to preach in different parts of the country. I’ll let you know where the meetings will be. Hopefully, we can join our faith.

His Kingdom come, and His will be done,