Spirit Of Divination And Prophetic Ministry 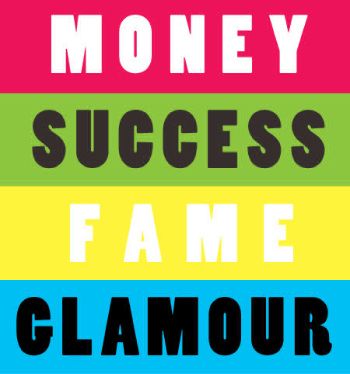 Spirit of divination in prophetic ministry is one of the top ten pitfalls. Not every prophet makes it. Sexual sin, divination, witchcraft, seduction of power, fame, and fortune, and every evil thing will test the prophet's life and ministry. All prophets must keep their motives right before God.

Not every prophet makes it. Some fall away. Power, money, prestige, honor, promotion, and enticements with flattering smooth sayings are all demonic assignments designed to pull on any common ground that might be in the heart of God’s prophetic ministers. Sexual sin, divination, witchcraft and every evil thing awaits the fallen prophet's life and ministry.

Balaam got off into prophetic error.

“And the angel of the Lord said to Balaam, Go with the men: but only the word that I shall speak to thee that thou shalt speak. So Balaam went with the princes of Balak.” (Numbers 22:35)

Balaam could have stopped right here instead of going with the princes of Balak. He could have said, “Lord, forgive me, I heard you the first time, and I am turning back.” God gave Balaam another chance because he was still proving the prophet's heart.

“And it came to pass on the morrow that Balak took Balaam and brought him up into the high places of Baal, that thence he might see the utmost part of the people.” (Numbers 22:41)

These are works of Babylonian divination. Balaam was from Pethor that was in the land of Abraham's father called the land of Ur of the Chaldees. This was the heartland of pagan divination and witchcraft in those days.

Balaam had seen the practices of Babylonian divination, and he knew what would be impressive to King Balak. God never told Balaam to build seven altars and prepare oxen and rams. That was Babylonian divination. (There was only one sacrifice needed for mankind, the Lamb of God that taketh away the sins of the world, Jesus.) Balaam had no intention of seeking God for a revelation or a prophetic word. He wanted to impress the king and pick up his rewards. False prophets through the practive of divination and various forms of divination deceive themselves and others.

Those altars were the Babylonian way of conjuring up demons through divination and occult practice. Divination means to tap into the "divine" through sorcery. It is the act or practice of foretelling the future by occult means.

Balaam said “perhaps” the Lord will speak to me, but Balaam never had it in his heart to talk to or inquire of the Lord. If he had, he would not have said “perhaps,” He would have said, “God is going to speak to me because I am here on an assignment, and God said go and speak what I tell you.” Did Balaam do that? No! Balaam did not draw aside to get a prophetic word from the Lord, but, to Balaam's surprise, God did speak. God did put a prophetic revelation in his mouth. All the while testing this old prophet's heart. Can you see that? So Balaam came back and spoke blessings over Israel. Let's read.

“And he returned to him, and, lo, he stood by his burnt sacrifice, he, and all the princes of Moab. And he took up his parable, and said, Balak the king of Moab hath brought me from Aram, out of the mountains of the east, saying, Come, curse me Jacob, and come, defy Israel. How shall I curse, whom God hath not cursed? Or how shall I defy, whom the Lord hath not defied? For from the top of the rocks, I see him, and from the hills, I behold him: lo, the people shall dwell alone, and shall not be reckoned among the nations. Who can count the dust of Jacob, and the number of the fourth part of Israel? Let me die the death of the righteous, and let my last end be like his! And Balak said unto Balaam, What hast thou done to me? I took thee to curse mine enemies, and, behold; thou hast blessed them altogether. And he answered and said, Must I not take heed to speak that which the Lord hath put in my mouth?” (Numbers 23:6-12)

King Balak was furious. He hired Balaam to curse Israel. Instead, Balaam blessed them. I think prophetic blessing even surprised Balaam. Balaam wanted the money, the wages of divination. He couldn't believe it himself with words of blessing out of his mouth. What to do? He defended himself by saying, “Didn't I tell you whatever God said, that I would have to speak?” This was all a defense to keep King Balak from killing him.

“Surely there is no enchantment against Jacob, neither is there any divination against Israel: according to this time it shall be said of Jacob and of Israel, What hath God wrought!” (Numbers 23:23)

Balaam tried to curse the Israelites by tapping into a spirit of divination, but he realized that it couldn't be done. He told King Balak, “There is no divination or witchcraft that will curse Israel.” So we learn that God all along the way was proving, trying and testing the idolatry in the heart of His prophet Balaam in an effort to reach him. Prophet, hear me, the Holy Spirit will do the same with you. To keep your heart right before God always check your motives.

Sexual sin, divination, witchcraft and every evil thing is the fruit of Balaam's ministry. He couldn't curse Israel, so he taught King Balak something just as hideous.

“And Israel abode in Shittim and the people began to commit whoredoms with the daughters of Moab.” (Numbers 25:1)

Balaam concluded that it was impossible to curse Israel by divination, yet he had crossed the threshold through idolatry and rebellion. Balaam still wanted the rewards for divination. So, he taught King Balak what would defile Israel. Balaam told King Balak to corrupt the tribes with whoredoms, sexual relations with the daughters of Moab.

“We can't curse them through prophetic divination. My solution is to send women into their camps to invite the men to worship with them in their pagan high places. Through sexual sin, they will lose the protective covering of God. Tell the women that attend to have sex with them and then you will have accomplished your desire.”

This was Balaam's sin, and it all started with the idolatry in his own heart. Divination always releases sexual sins. That is what Balaam did. Balaam knew that he could entice the men of God through lust. Israel could not be defeated by its enemy's military, but they could be defeated through sexual defilement.

The great sin of Balaam was not only the merchandising of his prophetic gift and the attempt at cursing Israel; it was teaching the Moabites how to defile God's people. Balaam knew God forbade the intermingling of His people with foreign women (Deuteronomy 7:1-4). He knew that introducing whoredoms (sexual sin) would cause the Israelites to break covenant with God.

The word “whoredom” is the Hebrew word zanah, meaning to go a whoring, commit fornication or adultery. By targeting Israel with Moabite whoredoms, he ushered in Babylonian paganism and foreign spirits. This unholy mixture, strange fire, was a demonic assignment designed to:

God's prophets must avoid the spirit of Balaam at all cost. Because of this great evil, God ended Balaam's ministry and his life. Balaam will forever be remembered as a traitor and fallen prophet. He will forever burn in a tormenting lake of fire.

“Behold, these caused the children of Israel, through the counsel of Balaam, to commit trespass against the Lord in the matter of Peor, and there was a plague among the congregation of the Lord.” (Numbers 31:16)

God broke out against the Israelites who defiled themselves with the women and killed them by a plague. God taught Moses to avenge the Israelites on the Midianites, and they slew every male including the prophet Balaam.

Thousands of prophets have gone the way of Balaam being seduced by prestige, honor, fame, and riches. Never forget this testimony. If this can happen to Balaam, it can happen to you too. Throughout your prophetic ministry, you will be tested just like Balaam. There is no escaping the temptations. Will you make it? Here is some fatherly counsel, “Keep thy heart with all diligence for out of it are the issues of life” (Proverbs 4:23).