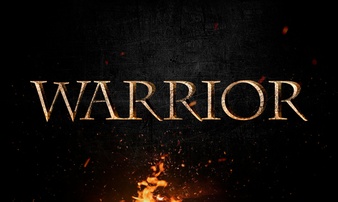 You are probably a "remnant" disciple of Christ. Remnant believers are those that are frustrated and want to see the advancement of the kingdom of God. They are passionate, fervent, militant in faith, and discouraged with the condition of the Church. That's kind of my story.

In 1999 I was ready to quit the ministry. Like many others, I looked around and saw that “church” wasn’t anything like what I read in the Book of Acts. You see, I had the opportunity to look behind the curtain into the lives of some of the bigwigs of the day, only to see some that were not really living the Christian life. I also saw others in churches that were not living the life, either. You know what I am saying.

So in 1999 I was walking through Piccadilly Circus in London, England after leaving a mid-week prayer meeting. It was around midnight when I heard the Holy Ghost say, “Son, that’s not my Church you are seeing. That’s religion.” He continued, “I have a people who feel just like you that are sick and tired of dead lifeless religion and are ready to come out of the wilderness and enter the Promised Land.” He went on to commission me to, “Go back to America encouraged and start preaching about the coming apostolic revolution.” He also told me to, “Bring an apostolic identity to the Body of Christ and know that thousands will listen to the sound of the trumpet.” I'm sure he told many others the same thing.

Notice He didn’t tell me to abandon His Church. No sir, the Church that Jesus is building is not dead, boring, and lifeless. His Church is alive! There is a spiritual revolution taking place but it won’t be found over at Starbucks. It will be in His strong local governing churches in every city across this nation and around the world.

We need a different perspective of Christ’s Church. The Church is not just a hospital or a worship center. It is also the government of God. It is a place where all can be equipped to do what they are called to do. It is a place to hear what the Spirit of God is saying to our generation. It is a place where you can listen to the wisdom of God and a place to receive instructions in righteousness. So maybe you have seen some of the challenges that we have seen but be encouraged, Christ said that he would build his church and the gates of hell would not prevail.