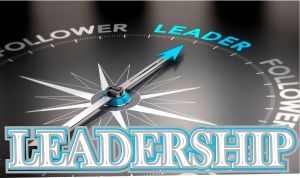 Christian leadership and the believer's influence are needed to advance the Kingdom of God. Every born-again believer has a governing nature. If leadership doesn't come out of the Church, where does it come from? Your spiritual nature is designed to govern. When Jesus ascended to heaven, he gave five gifts apostles, prophets, evangelists, pastors, and teachers.

These gifts were given by the apostle and founder of the Church. Through these gifts, the Holy Spirit equips and empowers God’s mighty warriors to invade, occupy, and influence the world for Christ. The nature of the Church of Christ is like its founder: build, restore, and govern. These three words provide definition and understanding of our purpose in life and ministry.

When Jesus said He would build His Church and the gates of hell would not prevail against it, He was speaking of the battle of one government against another or, said another way, the kingdom of darkness battling against the reconstitution of the earth through the Church of Jesus Christ. As a citizen of the kingdom of God, you are part of the reconstitution of all things and participants of the most profound revolution of all time (Acts 3:21).

At salvation, you became a member of Christ’s revolution of righteousness. When you were saved, you repented of your sins, asked Jesus to be your Lord and Savior, and turned from your wicked ways. You were supernaturally translated from one government to another. You were born again and became a new creature in Christ Jesus. Not a saved Adam, but a new creature in the last Adam, Christ. You were moved out of darkness into the kingdom of Christ. As a born again believer you are now a citizen of a different government, the kingdom, and government of Christ. Now things are going to get really exciting for you.

Estimates say there are upward of two billion citizens in the kingdom of God. After salvation, and the spiritual change of government within, however, you’re still on the earth. Now it’s time to wake up and understand what you are involved in. Things are going to be quite different than life used to be. You are in the same world, but with two different kingdoms battling for dominion. Now, like it or not, you are a partaker of the divine nature and agenda of your king. Your king, Jesus the Christ, is the king of a government, His government. That government of the kingdom is right here on the earth warring against the kingdoms of darkness until all things become subject under the feet of Christ (1 Corinthians 15:28).

Scripture confirms “This gospel of the kingdom (not simply the doctrine of the cross) shall be preached in all the world as a witness then the end shall come” (Matthew 24:14). Another Scripture declares, “The kingdoms of this world have become the kingdoms of our Lord and of His Christ and He shall reign for ever and for ever” (Revelation 11:15).

All these Scriptures point toward a spiritual warfare for dominion that is not yet finished. All you have to do is read the newspapers for confirmation of that. Not only is the warfare we face today a spiritual one, it also points toward the visible result of winning the warfare that will be revealed in the natural through our success. We win the war of kingdoms when we get involved in governing the affairs of men.

One day I received and email saying, “Jonas, just preach the Gospel and stay out of politics.” You may receive suggestions like this too from well-meaning friends and family. This was an interesting proposal that prompted many questions in my mind. What is politics, for example? Should believers stay out? Let’s examine the e-mailer’s recommendation a bit more.

To essay his suggestion, we need to pull together a definition of politics. Politics is not just voting in elections for a particular party candidate whether Democrat or Republican. The meaning of politics is this: Governing the affairs of men. Everyone should take a moment to digest that definition.

The answer is they cannot. Politics is integral within the gospel of Christ. This definition, therefore, has only one conclusion for the born-again citizen of the kingdom of God. The gospel of Jesus Christ is a political gospel. You cannot separate the gospel of Christ from governing the affairs of men. Not only is the Gospel a political force, Christ has a kingdom and a church. Within that church resides His government, laws, citizens, and Spirit. As already said, the Church is the seat of governing authority in the earth. Kingdoms have come and gone throughout history, but the Church of Christ still remains.

In the Republic, the United States Constitution divides authority and power through the various branches of government the executive, legislative, and judicial. Those elected as political leaders are delegated certain powers and given authority to exercise the rule of law dictated by the U. S. Constitution. In the kingdom of God, however, the Word of God is the rule of law. Unlike the government of the United States, the citizens of the kingdom of Christ cannot elect their leader.

Their leader is Christ, and he cannot be exchanged for another even by unanimous vote. He is the founder of the Church and King. He is also the Sovereign One. As citizens of the kingdom of God, they can, however, share in His delegated political power (governing in the affairs of men) and use His delegated authority as spelled out in His Word. Jesus said, for example, “I give unto you authority…” (Luke 10:19) and “whatever you bind on earth is bound in heaven” (Matthew 16:19).

The gospel of the kingdom is given by design and governs within the affairs of men because it consists of two primary elements, authority, and power. The laws of God were given to help guide our lives into righteousness, keep us out of danger and given that we might fulfill God’s mandate of productivity found in Genesis 1:27.

Because serving God is voluntary, it is possible to break His laws and thus suffer the consequences. When the laws of God are violated, for example, the law is still in play - whether you agree with it or not - as one "reaps what he sows." Therefore, the law of God will perform that which it is sent to do. So whether the ruled submit or rebel the law still produces consequences.

Our modern society is experiencing a rise in rebellion against God and His law, and we are paying the price for that. Ignoring Him and His Word does not make His Word of no effect. If we keep it, we are blessed. If we break it, we suffer the results.

All of this leads me to my point, the gospel of the kingdom of God is a political gospel. It governs the affairs of men. There is no escaping it. Our God is the Sovereign. His laws were given for our protection and happiness. When we hear the term “separation of Church and State” that in no way means a lack of involvement by the Church or the Christian in governing the affairs of men. So when people suggest that you stay out of politics, remember Jehovah has an expectation of His sons and daughters. In fact, Scripture declares the world is waiting for the manifestation of the sons of God. Your spiritual nature is to govern. Get busy influencing as salt and light in your world today.

I wrote more on this subject in "Effective Ministries and Believers: Introducing apostolic ministry and what it means to you" and in "Kingdom Living."