Mark Of The Beast And Nonessential Christians 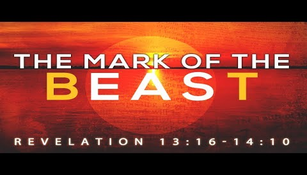 Are you ready for Health Enforcement Officers? Bill Gates said on Reddit, "Eventually we will have some digital certificates to show who has recovered or been tested recently or when we have a vaccine who has received it." Can you imagine the consequences of such a mark, I mean digital certificate?
What happens if you don't have the mark? Will you still be able to travel, enter the grocery store, run a business, or buy and sell? What does the Constitution and Bill of Rights say about such a certificate? More importantly, what does the Bible say about such a digital certificate? What crisis could possibly take place that would cause the whole world to receive such a mark? Scripture says,

“And that no man might buy or sell, save he that had the mark, or the name of the beast, or the number of his name” (Revelation 13:17).
It's been said that government never waste a crisis to expand their power over the people. For example, governors across the United States declared that the Church was nonessential. To some, liquor stores and abortion clinics are essential. Every Disciple of Christ should stand up against such a humanistic and anti-Christ declaration.
As of this writing only Texas and Florida governors stood up for the Church declaring them essential to the community. The fact is, the Church is essential. During times of crisis offers comfort to the suffering, hope for the hopeless, faith instead of fear and hope for a better tomorrow.

PRAYER DIRECTIVE
In the beginning of this crisis we set out a prayer directive.

1. Prayer against the virus itself.
2. Prayer regarding the negative effects on the economy.
3. Prayer that the Government doesn’t overstep its Constitutional authority.
4. Prayer against civil unrest.
Regarding the seriousness of prayer directive three, Constitutional attorney John Whitehead said of government expansion, “We’re talking about lockdown powers (at both the federal and state level): the ability to suspend the Constitution, indefinitely detain American citizens, bypass the courts, quarantine whole communities or segments of the population, override the First Amendment by outlawing religious gatherings and assemblies of more than a few people, shut down entire industries and manipulate the economy, muzzle dissidents, “stop and seize any plane, train or automobile to stymie the spread of contagious disease,” reshape financial markets, create a digital currency (and thus further restrict the use of cash), determine who should live or die.”
Author Dr. Gary North wrote, “Today, the main threat to our way of life is the federal government. It's not the coronavirus. Governors have locked down at least half the population. This is going to have calamitous effects on the economy if it continues for more than two months. The economy is going to take years to recover from the deficits that are being run this year, and also from the expansion of the money supply that will pay for these deficits without raising taxes. There will be a redistribution of wealth. We don't get something for nothing. The Federal Reserve is not the tooth fairy. Digits are not productive economically. People are productive, and people are locked down in their homes.” He continued, “Governors are acting illegally. They are exercising powers they have not been granted by state constitutions. The public accepts this.”
SOCIALISM SETUP
The Financial Times came up with some real radical reforms. Read this slowly. They wrote, “Governments will have to accept a more active role in the economy. They must see public services as investments rather than liabilities, and look for ways to make labour markets less insecure. Redistribution will again be on the agenda; the privileges of the elderly and wealthy in question. Policies until recently considered eccentric, such as basic income and wealth taxes, will have to be in the mix.” In other words, welcome to a world of Socialism where the government controls everything. Ask yourself this question, “Who owns a man’s labor? The state or the man?
So, is Bill Gates right? Is a mark on the way?
Saints, don't ignore what's going on around you. Stay in prayer. Push back on government overreach into your God given right to life, liberty, and the pursuit of happiness.

Take courage, this is not the end of the world. Jesus prophesied, “And this gospel of the kingdom shall be preached in all the world for a witness unto all nations; and then shall the end come” (Matthew 24:14). Let’s get to work.
© Your partner,
Apostle Jonas Clark
www.jonasclark.com