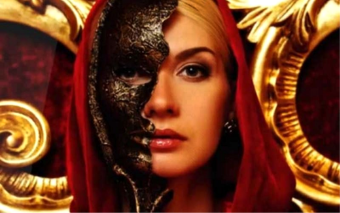 When a nation, any nation, turns its back on God the spoilers are released. The spoilers plunder, pillage, and destroy. Scripture declares a day when God’s people turned their back on Jehovah and served Baal and Ashtaroth (Judges 2:13-14).

Many are familiar with Ashtaroth. Ashtaroth is the goddess of Jezebel. Jezebel’s father was Ethbal. He was king of Phoenicia and the high priest of Ashtaroth. Jezebel is the seducing goddess of war. She is prophetic. She has been loosed within the Church busy hijacking prophetic ministry, turning hearts away from true spiritual fathers unto herself, and making a way for celebrity worship, spiritualism, inclusion, and idolatrous entertainment.

She creates eunuchs. Eunuchs are those that have no spiritual strength of their own. They look for her approval, leadership, and direction. She is their mentor.Jezebel redirects prophetic ministry away from true biblical prophetic ministry of speaking into the nation (not just the Church), turning hearts, offering biblical intercessions, modeling holiness, putting Christ first, and involvement in the restitution of all things.

Because Jezebel hijacked prophetic ministry, there were few voices speaking out against the hypocrisy and godless direction our country has taken. In fact, our nation is on the verge of being turned over to a reprobate mind. As long as the people of God are content to have the wicked rule over them, there will be no hope and change in America. Where will our nation’s future leaders come from, the Church, or godless humanistic colleges?

Karl Marx, one of the apostles of the atheistic socialist’s form of government, is held in high esteem among America’s academic professors. His methods are promoted, looked to, and admired by many of our nation’s leaders. Marx was a godless atheist that considered religion the opium of the people. Looking at the Church today we might tend to agree except we could expand the opium to sports and entertainment.

Socialism teaches that man is god and receives enlightenment through education. This explains the constant social engineering of our national Federal education system. They seek to build a utopian society outside the laws of Jehovah. When progressive socialists rule a nation, they morph the State into a god run by elites and served by serfs. When the State becomes a god tyranny, and the shedding of innocent blood (war) is the result.

The shaking has begun and the spoilers are on the way. These spoilers are released against the godless. They will plunder those that put their trust in Mammon, that put their trust in Jezebel, and that put their trust in the State. This plundering will include the demise of the purchasing power of the United States dollar and its global influence, the destruction of pension funds, retirement funds, retirement plans, jobs, banks, corporate bonds, municipal bonds, paper financial instruments and the likes. In ten years some of the largest churches in America today will be forgotten, their doors closed and buildings sold because they refused to get right with God.

Now is a time dear friends to get serious with Christ. As Jezebel's spoilers are released, make sure they see the blood of Christ sprinkled on the door post of your heart.