Jack Coe was born in Oklahoma City, Oklahoma, on March 11th, 1918. When he was age nine, his mother put him in an orphanage because she was going through severe hardship and was overwhelmed trying to raise her children. At age seventeen, he left the orphanage and began to drink and gamble, taking the same path of his father.

In 1941, Jack Coe joined the army after Japan bombed Pearl Harbor. During his stay in the military, Coe probably was born again. He was so sold out to God that he attended church services every night. This led to much persecution from his fellow soldiers, who didn’t understand the strong call of God on his life. They thought he was some religious fanatic. A sergeant even sent him to a base psychiatrist to be evaluated for his seemingly strange behavior. After an examination, Coe was confined to the psychiatric ward for observation because the doctor thought he might be suffering from some psychological neurosis. After the doctors concluded that he wasn’t a danger to himself or others, he was released. Coe finished his military service, and in 1944 he was ordained a minister of the Assemblies of God, a denomination based in Springfield, Missouri.

Jack Coe was a very large man with a dynamic platform presence. He was well known for his blunt and sometimes overbearing direct preaching style. The boldness of the Spirit of God in his life was quite evident in his ministry because he was never afraid of telling it the way it was.

There was something magnetic in Coe’s relationship with the common man. Those who attended his meetings loved him because of his frankness and his simple way of communicating the very things they were thinking. He truly understood the needs of the people, and there was no beating around the bush when he spoke. Unlike most theologians of his day, he had a habit of getting right to the point. Many religious leaders were irritated by Coe’s frankness and thought that he lacked the sophisticated polish needed in ministry. Even though many religious leaders attacked Coe for being a radical and an extremist, it never appeared to affect him negatively. The greater the religious opposition to him, the happier he seemed.

During his preaching, Coe would stir people up with his pointed and very direct way of addressing everyday problems. If there was one common theme in the preaching of Jack Coe, it was “hope for those who had none.” His faith-building sermons deeply touched those who were desperate and at the end of their tether. They walked out of his meetings full of faith for tomorrow.

Coe was a highly opinionated man and was never afraid of a spiritual fight. He enjoyed healing the sick and casting out devils. Hundreds of people who used wheelchairs would attend his healing services. He would line them up adjacent to each other across the front of the platform. After a song of thanks to God, he would grab them by the hand and jerk them up out of the wheelchair in Jesus’ name. This was a bold act of faith on his part, but the proof that God was with him came from watching the healed walk away from their wheelchairs.

If there was any man who had an overwhelming passion to touch the world for Jesus, it was Jack Coe. His greatest messages included “Curing the Incurable,” “Do It Again Lord,” “Greater Is He If Thou Can Believe,” and “Will Thou Be Made Whole?” 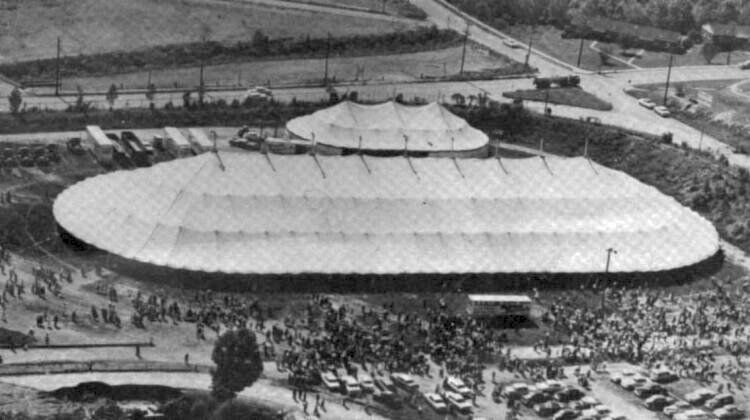 Brother Jack Coe was the counterpart of Dr. Oral Roberts, the famous tent revivalist, and Voice of Healing leader. The highly respected Roberts once called Coe “a man of great faith.” One day Jack Coe went to an Oral Roberts revival meetings attended by thousands and measured his tent. It was said, not wanting to be outdone by Roberts, he ordered a bigger tent. In those days, it seemed that the size of one’s Gospel tent led to a certain boasting about one’s popularity and influence in Pentecostal circles. Upon the new tent’s arrival, Coe was not bashful about announcing that his tent was the largest in the world. In fact, it was the largest, seating just over twenty-two thousand people. It required three tractor trailers just to transport the tent, chairs and other equipment necessary for the meetings. Coe would sometimes speak of other evangelist tents as being mere “pup-tents.”

Brother Coe shared the testimony of a time when he asked God to fill one of his first tents. He prayed, “God, you can fill this tent.”

The Lord replied, “Son, I won’t only fill this tent, but this is only the beginning of what I’ll do for you if you’ll have faith in me.” He continued, “Always remember not to take any glory for yourself. Don’t put any emphasis on what Jack Coe can do. Give all the glory to Jesus Christ, and I will bless you and cause you to grow and prosper.” Finally, He said, “Always remember from where your strength comes and what I have done for you.”

In 1950, Jack Coe published his magazine titled "The Herald of Healing." In just six years, it was being delivered to over three hundred and fifty thousand people. Coe loved children and never forgot where he had come from and, at about the same time, he opened a children’s orphanage. 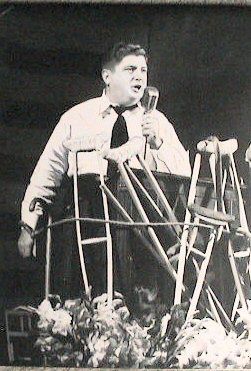 In 1953, Coe found himself expelled from the Assemblies of God, his ministerial fellowship of nine years. The officials felt that he was too independent and extreme and they were sometimes uneasy with his ministry methods. Coe was reported as saying, “One of the officials of the General Council of the Assemblies of God remarked to me that he would not rest until every man that was preaching divine healing in a deliverance ministry was separated from the denomination.”

Coe thought many were just jealous of his success in ministry. He was infuriated when accused of “high living in a fancy house at the expense of the Revival.” Not to be intimidated by anyone, he retaliated with printed pictures in The Herald of Healing of four homes owned by top denominational officials of the Assemblies of God and the homes of himself and three other men who worked with him. The homes of Coe and his staff were modest compared with the homes of the church officials. Unfortunately, this rivalry only caused a larger rift between Coe, the Assemblies of God, and some other organized denominations.

Jack Coe was not being singled out during this period in history; many other traveling tent evangelists were dealing with similar issues, including financial accountability and submission. This was a difficult time in history, for both the independent evangelists and the denominations. Even during this difficult time of misunderstandings with religious denominations, Coe managed to build the Dallas Revival Center. In just two years, it was one of the largest churches in Dallas, Texas. Coe would use it as a home base and the center of his ministry activities. 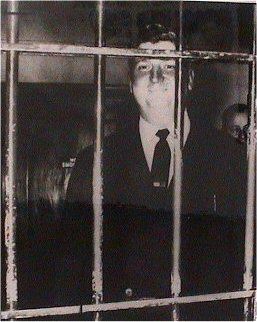 One of the most memorable things that happened to Coe was his arrest for “practicing medicine without a license” in Miami, Florida. It was Wednesday, February 8th, 1956. The caption of the Miami Herald read, “Coe freed under a bond of $5,000.” “What was his crime?” you ask. It was practicing medicine without a license, a felony in the State of Florida.

The Spirit of the Lord filled South Florida with signs, wonders, healings, and miracles during early 1956. When Jack Coe set up his tent, thousands came from all over South Florida to attend. Everybody was pleased with him except Miami’s officials, who heard that Coe was praying for the sick without a medical license. The city’s answer to his healing meeting was a jail cell in the Dade County prison.

Coe took advantage of the incarceration by posing for his photo behind the steel bars in his cell. Believers who viewed the photo were outraged that a man of God could be thrown in prison for believing God could heal sickness and disease. The court case brought national attention to the healing revivalist. So many Christians called the Miami Herald newspaper that, for the first time in the history of that newspaper, its switchboard broke down. Staff was swamped for days with expressions of outrage from Christians throughout the country.

In a packed-out courthouse, Coe won the case, and he continued planning more healing meetings. One year later, America was stunned with yet another newspaper article, “Coe Dead from Polio.”

In 1956, while preaching in Hot Springs, Arkansas, Jack Coe died. He was only 39 years old. The Voice of Healing days heralded in many healing evangelists, but Jack Coe will go down in history as one of the boldest. According to Dr. Kenneth Hagin, Sr., founder of the Word of Faith Movement, “Jack Coe had the strongest healing anointing of anyone in my lifetime.”