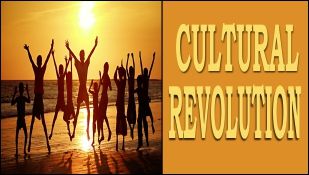 Here are a few things that have changed the fabric of our nation and are different than they were thirty years ago.

Man looks to man for answers. Disciples of Christ know better, they look to the Word of God and the leading of the Holy Spirit. Remnant, there is a great danger when a nation turns its back on God. He says, “My people are destroyed for lack of knowledge: because thou hast rejected knowledge, I will also reject thee, that thou shalt be no priest to me: Seeing thou hast forgotten the law of thy God, I will also forget thy children” (Hosea 4:6).

The only thing that can turn evil around is the power of the death, burial, and resurrection of Jesus Christ. In other words, the answers to evil strongholds in more laws and compromise. The answers are found in repentance from sin and returning to Christ.

It’s evident we are experiencing the rise of an anti-Christ and murdering spirit. There is a breach in the spirit over our nation. The Apostle Paul made it clear that we are in a spiritual war with demonic powers. He wrote, “For we wrestle not against flesh and blood, but against principalities, against powers, against the rulers of the darkness of this world, against spiritual wickedness in high places” (Ephesians 6:12). We overcome these evil powers of darkness through intercessory prayer and walking in the supernatural authority that Christ delegated to us. Scripture declares that you have the power to bind and loose, tread on serpents and scorpions (metaphors for demonic powers), and the power to stop them:

“Jesus said, And I say also unto thee, That thou art Peter, and upon this rock, I will build my church; and the gates of hell shall not prevail against it. And I will give unto thee the keys of the kingdom of heaven: and whatsoever thou shalt bind on earth shall be bound in heaven: and whatsoever thou shalt loose on earth shall be loosed in heaven.” (Matthew 16:18-19)

“And the seventy returned again with joy, saying, Lord, even the devils are subject unto us through thy name. And he said unto them; I beheld Satan as lightning fall from heaven. Behold, I give unto you power to tread on serpents and scorpions, and over all the power of the enemy: and nothing shall by any means hurt you. Notwithstanding in this rejoice not, that the spirits are subject unto you; but rather rejoice, because your names are written in heaven.” (Luke 10:17-20)

“For the weapons of our warfare are not carnal, but mighty through God to the pulling down of strong holds.” (2 Corinthians 10:4)

Nevertheless, we win! God will not be mocked. He is King of kings and Lord of lords.