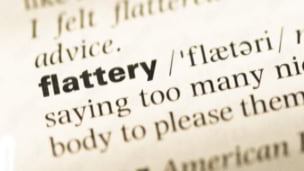 You will find that most demonic spirits use flattery and ambiguous mystical words to build your confidence in them. If you fall prey to their demonic lure, you will suffer much grief. I have seen good people allowing others around them that operated in prophetic divination. In the beginning, things seemed great, but little by little the python spirit, for example, began suffocating them and finally releasing full-blown word curses and witchcraft control.

Evangelist Philip was almost taken in. He went to the city of Samaria preaching Christ. The entire town was blessed seeing and hearing the healings, miracles, and deliverance by the Holy Spirit. During his crusade, there was a man named Simon who also believed in the gospel of Christ and was water baptized. (This is what people do today. They repent of their sins and get water baptized as an outward sign of an inward change.) Simon, however, had a problem. He was not free from demonic influence. “Because that of a long time he had bewitched the people with sorceries”(Acts 8:11). This word sorceries is "mageia," meaning magic. In other words, Simon was operating in black arts sorcery.

The way things were going, Simon was getting real close to Philip until the apostles were sent from the church in Jerusalem to see what was going on. When Peter and John got to the city of Samaria, they saw that none of the new converts were filled with the Holy Spirit with the evidence of speaking in other tongues. They were only water baptized. As the apostles laid their hands on the believers, they were baptized by the Holy Spirit.

Simon saw through the laying on of hands that the power of God came on the believers. To Simon this was awesome, and he offered to buy the ability to do this. Peter answered Simon's request. "And when Simon saw through the laying on of the apostles' hands the Holy Ghost was given, he offered them money, Saying, Give me also this power, that on whomever I lay hands, he may receive the Holy Ghost. But Peter said unto him, Thy money perish with thee because thou hast thought that the gift of God might be purchased with money. Thou hast neither part nor lot in this matter: for thy heart is not right in the sight of God. Repent therefore of this thy wickedness, and pray God, if perhaps the thought of thine heart may be forgiven thee. For I perceive that thou art in the gall (poison) of bitterness, and in the bond of iniquity"(Acts 8:18-23). Look what was still in this man, bitterness, and immoral character. What would have happened if Simon was able to get on Philip's ministry team? Keep your discernment up.