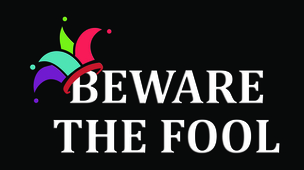 Along life's journey, you will meet many fools. The fool lacks sound reasoning and good judgment. The fool talks too much. They have no interest in understanding. They only want to air their own opinions. The fool lacks discernment and tact. The Bible speaks of fools. Here are a few examples.

“The wise in heart will receive commandments: but a prating fool shall fall” (Proverbs 10:8). The prating fool talks too much about nothing important. They have a tendency to talk about uncomfortable things at inappropriate times.

“He that winketh with the eye causeth sorrow: but a prating fool shall fall.” (Proverbs 10:10). This is the joking fool that cloaks cuts, digs, and insults behind a joke saying he was just kidding. There is that word prating (excess talking) again. “It's a mark of good character to avert quarrels, but fools love to pick fights”(Proverbs 20:3). The wise stay away from the silly quarrels of the foolish.

“Answer not a fool according to his folly, lest thou also be like unto him.” (Proverbs 26:4). You will meet many fools in your life. When around them don't tap into their foolishness. They love to go tit-for-tat with you. Don't do it. Never throw your pearls before swine. Benjamin Franklin said, “Wise men don’t need advice. Fools won’t take it.”

“A fool uttereth all his mind: but a wise man keepeth it in till afterward” (Proverbs 29:11). The fool has no discretion. He knows the price of everything and the value of nothing. There are some things you just don't need to talk about. The fool doesn't know how to avoid embarrassment. They talk too much and don't know when to stop. “For a dream cometh with a multitude of business, and a fool's voice with a multitude of words” (Ecclesiastes 5:3).