Kingdom of God And Cultural Battle 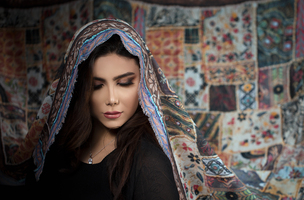 Kingdom of God is clashing with other kingdoms such as mammon and Islam. A battle of cultures and values is taking place. Let's talks about the mammon kings and the influence of Islamic culture in European courtrooms.

Jesus talked of two masters, God, and Mammon. We know who the God of the Bible is, but who is Mammon? When God delivered the children of Israel out of Egypt, Scripture says he heard their cries because of their harsh taskmasters. It further states that God remembered His covenant with Abraham, Isaac, and Jacob and came down to deliver them. And with a mighty hand, he made himself known to Pharaoh, a cruel despot who enslaved God's people and forced them into financial bondage. After this great deliverance, God told His people to spoil the Egyptians taking with them silver, cattle, and raiment. The Lord did not want His people to leave with empty pockets. Their destination was the Promised Land, a land flowing with milk and honey, a metaphor for opportunity and prosperity. We know, because of their rebellion, they could not enter the Promised Land and that generation died in the wilderness with the exception of Joshua and Caleb, men of a different spirit.

POSSESSING YOUR INHERITANCE
The instruction to inherit the Promised Land was linked to the word possess. Think of it, an inheritance that needed to be possessed. To possess means to dispossess the current occupants. But who were the occupants? They were those who held to a different culture and knew not the God of the Bible.

Today's Canaanites enslave through control and manipulation the kingdoms of this world by debt. Have you looked at the current interest rate on your credit card statement recently? Thousands of people are paying high interests rates on their average daily balances. Debt feeds the mammon beast. Scripture declares that the borrower is the slave to the lender.

If your view of the Promised Land is a place in heaven you receive after you die then being equipped with spiritual authority won't matter much. If you are like millions of others, however, being equipped to rule and reign (occupy) with Christ does matter because Jesus came that you might have life more abundantly right here and right now. Giants are still fighting against your rights to possess the land of plenty.  The warfare is not over. The battle for dominion continues. Let's look at another modern conflict.

GERMAN JUDGE HIGHLIGHTS KINGDOM WARFARE
A German judge revealed what was on the horizon in her courtroom when citing the Koran in turning down a German-born Moroccan woman's request for a fast-track divorce on the ground that her husband beat her. According to the Koran, husbands may beat their wives for disobedience as espoused by Wahhabi and other fundamentalist Islamic groups for disobedience.

Highlighting the tension between Muslim culture and European laws, the judge, Christa Datz-Winter, said the couple came from a Moroccan cultural where it was common for husbands to beat their wives. The Koran, she wrote, sanctions such physical abuse and denied the appeal for a fast-track divorce.

Being denied a fast-track divorce meant the woman had to wait a year in constant fear for her safety. During her separation from her husband, she has undergone many threats of being killed for pursuing the divorce. Also under Islamic law, the man can claim his honor has been compromised because his wife is being corrupted by Western values because she refuses to wear a headscarf. This highlights again the danger of the cultural warfare because there has been a string of so-called honor killings in Germany, in which Turkish Muslim men have murdered women. Many women find themselves trapped in abusive marriages for fear of being killed.

SPOUSAL BEATINGS ARE ACCEPTABLE IN ISLAM
Beating your wife into submission is acceptable in Islamic culture. The Koran says you should scourge your wife if she causes you problems. Let's take a look at the verse:

"Men are superior to women on account of the qualities with which God has gifted the one above the other, and on account of the outlay, they make from their substance for them. Virtuous women are obedient, careful, during the husband's absence, because God has of them been careful. But chide those for whose refractoriness you have cause to fear; remove them into beds apart, and SCOURGE them: but if they are obedient to you, then seek not occasion against them: verily, God is High, Great!" (Quran, 4:34)

I am sure this verse would anger any Christian woman because Christ liberated women some two thousand years ago. Women are not animals they are God-given gifts to mankind. One can see the stark contrast of values between Christ and the Muslim treatment of women. The Bible says to love your wife even as Christ loves the Church. This Islamic spirit, however, views women as chattel that needs only to be subjugated in the name of their God. Even Muhammad when he was over fifty years old married a six-year-old girl named Aishah and "knew her" at age nine. Is this acceptable behavior in our Christian culture? Of course not. According to Muslim scholar and statesman Ali Dashti, Muhammad had 22 wives, a clear violation to the Koran that says a Muslim can only have four wives.

MUSLIM SCHOLAR OFFERS GUIDELINES TO DISCIPLINE REBELLIOUS WIVES
Muslims have also received coaching in how to "treat" - discipline a rebellious wife. In Spain, an Islamic Imam, Muhammad Kamal Mustafa, who is viewed as a scholar, wrote a book entitled, "Women in Islam" that instructs how a man should beat his wife. The BBC reported that he "recommends verbal correction followed by a period of sexual abstinence as the best punishment for a wife, but does not rule out a beating as long as it is kept within strict guidelines... to avoid serious damage, a husband should never hit his wife in a state of extreme or blind anger. He should never hit sensitive parts of the body such as the face, head, breasts or stomach. He should only hit the hands or feet using a rod that is thin and light so that it does not leave scars or bruises on the body. The husband's aim should be to cause psychological suffering and not to humiliate or physically abuse his wife.

Is this a prophetic sign of things to come when a judge uses the customs and values of Islamic culture and quotes from the Koran in the courtroom to render judicial rulings rather than staying within the confines of European judicial laws? Don't forget that this is before the coming attacks on European laws by Muslims entering political offices. Now can you see why there was such a spiritual battle to remove the Ten Commandments from our courtrooms?

These are examples of the warfare for dominion. The good news is you are part of the Kingdom of God, a kingdom that is unstoppable.