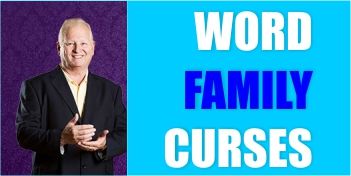 Word curses against the family can be identified. They are familiar problems that continue to reoccur within the family tree. Scripture says that God visits the iniquity of the fathers upon the children up to the third and fourth generation (Exodus 20:5).

Read more: Types Of Word Curses Against The Family 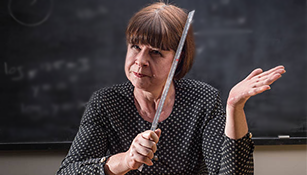 There are many kinds of wars. There are civil, religious, class and the highest of all, spiritual wars. Paul wrote, “For the weapons of our warfare are not carnal but mighty through God to the pulling down of strongholds” (2 Corinthians 10:4).

Unfortunately, the word possessed is confusing. In our Western culture when we think of someone possessed we think they are out of control. That’s not what the biblical word possessed means in this scripture. "When the even was come, they brought unto him many that were possessed with devils: and he cast out the spirits with his word, and healed all that were sick" (Matthew 8:16). A person can be possessed and remain in complete control of their faculties. 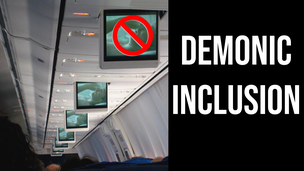 The reprobates are pushing their homosexuality for all agenda on airplanes now. They think that same-sex love scenes found in R-rated movies need to be shown to all including your kids while they are securely seated in place until the captain turns off the seat belt sign.
Read more: Demonic Inclusion With Same Sex In-flight Movies

Apostle Paul had a showdown with a false prophet and demonic guard. Elymas was a demonic guard that wished to keep the governor of the Island from hearing the Gospel of Christ. He opposed the apostolic team of Paul and Barnabas. "Elymas the sorcerer (for so is his name by interpretation) withstood them, seeking to turn away the deputy from the faith" (Acts 13:8). The Greek word withstood is anthistemi, meaning to set against, withstand, resist and intensely oppose. This reveals Elymas' demonic objectives:

Have you experienced anything like this before? Elymas postured himself as a prophetic voice to deceive the people. He was a voice, but a demonic one. Facing one another in fierce opposition were God's apostolic team and Satan's territorial representative.

Governing authority versus governing authority. Elymas challenged Barnabas and Saul just as the magicians in Pharaoh's court withstood Moses and Aaron. Scripture describes demonic guards as men that resist truth with corrupt minds and reprobate concerning the faith" (2 Timothy 3:8). Scripture makes clear there are unseen battles raging in the spirit realm for the souls of mankind. Apostolic teams, however, are God's battle-ax to reach a lost and dying world with the truth of the Gospel (Jeremiah 51:20). Apostolic teams...

Apostolic leaders are not ignorant of the devil's devices and have been gifted to see beyond the natural and into the spiritual. "For we wrestle not against flesh and blood, but against principalities, against powers, against the rulers of the darkness of this world, against spiritual wickedness in high places" (Ephesians 6:12).

Saul dealt with Elymas. Saul, filled with the Holy Ghost, set his eyes on Elymas. Saul was not trying to be a nice statesman for Jesus when dealing with this false prophet. He called Elymas a child of the devil and an enemy of righteousness. This is Holy Ghost boldness and apostolic authority in demonstration.

"Then Saul, (who also is called Paul,) filled with the Holy Ghost, set his eyes on him, And said, O full of all subtlety (subtlety means difficult to detect) and all mischief, thou child of the devil, thou enemy of all righteousness, wilt thou not cease to pervert the right ways of the Lord? And now, behold, the hand of the Lord is on thee, and thou shalt be blind, not seeing the sun for a season. And immediately there fell on him a mist and a darkness; and he went about seeking some to lead him by the hand" (Acts 13:9-11).

This was a demonstration of the Spirit of God that sent this apostolic team into battle. A demonic government cannot stand against the purpose, power, and plan of God. This gives us evidence that the gates of hell can not prevail!

To avoid familiar spirits, the mature prophet will wait on the unction from the Lord. Prophecy is a serious ministry and should not be taken lightly. To meddle in prophetic ministry outside the unction is dangerous and damaging to the lives of precious people.

Prophesying is not something done solely by faith. Prophecy is not by the prophet’s faith and will exclusively. Faith alone does not force the Holy Spirit to speak. You have a measure of faith involved, but the prophet is not making prophetic utterance come by faith. The seasoned prophet understands this and can protect himself and others from prophetic error. Again, prophecy is not about faith, will or emotion; it’s about waiting for the Holy Ghost to move.

The prophet is only a spokesman. If the Holy Spirit decides to speak, He will, but the prophet must wait for the unction offered according to the direct will of the Holy Spirit (1 Corinthians 12:11). Let’s look at the pattern for a safe prophetic release, “Holy men spake as they were moved (compelled and prompted) by the Holy Ghost.” True, prophetic utterance is always with Holy Ghost unction. Unction is God’s permission to speak on His behalf. If there is no unction, then the prophet is acting by assumptive faith decoupled from the Holy Spirit’s prompting. This is unsafe.

Unction, Greek charisma, means anointing. Those that prophesy by presumptuous faith are in danger of tapping into a demonic spirit of divination. This is the realm where high-level occult spirits gain access into the lives of Christians, churches, and ministries. Again this reveals the seriousness of the prophet’s ministry and responsibility of every believer to judge prophecy according to the written word of God.

Divination through familiar spirits is foretelling (prophesying) the future by occult means. As already said, prophecy should come only after you receive Holy Ghost unction to speak. This is the Biblical pattern taught us in the Word and demonstrated by the prophets of old that were first “moved by the Holy Ghost.” Remember, unction for the prophet is the permission of the Holy Spirit to speak. After you receive permission, then use your faith and surrender to the will of the Spirit and prophecy.