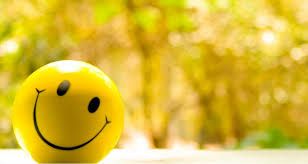 Unleash the power of spiritual warfare and learn how to fight back with the Word of God. Equip yourself with the knowledge and faith to cast out devils and heal the sick and oppressed! Demonic spirits are easy to overcome when you know how. Scriptural signs and wonders confirm the resurrection of Christ. Signs and wonders go way beyond preaching a nice sermon on Sunday morning or praying over your meal. Signs and wonders include healing and deliverance. Christians are called to cast out devils. Sound scary? It shouldn’t. Are you ready to continue the deliverance ministry of Jesus? Let’s get started right now.

Today there are thousands of hurting people that need help. For some people, deliverance is key. Jesus said the harvest is plenteous but the laborers few. As a disciple of Christ, your job is to learn from Him and follow His example. Jesus cast out devils. As a matter of fact, after Christ was anointed by the Holy Spirit, he went into the wilderness to be tempted by the devil for forty days and forty nights. In that spiritual wilderness, Jesus used the Word of God against the onslaught of Satan. Jesus did not ignore the devil. Neither should you. Repeatedly Jesus answered Satan with the Word saying, “It is written.”

When Jesus came out of the wilderness, He came out with power. Scripture says,

“And Jesus returned in the power of the Spirit into Galilee: and there went out a fame of him through all the region round about.” (Luke 4:14)

Christ, anointed by the Holy Ghost, went into the wilderness and came out with power.

Deliverance and healing are signs that point to the resurrection of Christ. He’s not dead he is risen! “And with great power gave the apostles witness of the resurrection of the Lord Jesus: and great grace was upon them all” (Acts 4:33). Notice that “great grace” was not confined to the apostles but was “upon them all.” A born-again Christian has been given authority by Christ to cast out devils and heal the sick. You can use the name of Jesus against every evil spirit that afflicts the sick and oppressed. Scripture declares,

“Wherefore God also hath highly exalted him, and given him a name which is above every name: That at the name of Jesus every knee should bow, of things in heaven, and things in earth, and things under the earth; And that every tongue should confess that Jesus Christ is Lord, to the glory of God the Father.” (Philippians 2:9-11)

That’s good news for the vexed and sick. In our modern Church world, however, preaching the Gospel in some circles has become powerless with nothing more than a Dr. Phil type of pop-psychology or soulish entertainment over at Club Jesus. We are called to be Spirit-filled and Spirit-led ministers, not behavioral scientists. We have to ask ourselves, “If Christ be risen where is the proof?” After the resurrection of Christ the early believers “went forth and preached everywhere, the Lord working with them confirming the word with signs following” (Mark 16:20). What were the signs? They were changed lives, demons coming out of people, and physical healing.

New Testament churches were full of believers equipped and empowered to continue the deliverance and healing ministry of Christ. Churches were never built to create a self-serving humanistic cult of religious escapists and holy spectators.

True believers in Christ, Christians, walk in Holy Ghost power that gives proof of the resurrection. As already said this is way more than quoting a bible scripture, teaching a nice Sunday school class, or sharing with a friend at the coffee shop. Jesus said, “He that believeth on me, the works that I do shall he do also, and greater works than these shall he do because I go unto my Father” (John 14:12).

The Apostle John wrote, “For this purpose, the Son of God was manifested that he might destroy the works of the devil” (1 John 3:8). Everything has a purpose. The purpose is the reason you exist. Purpose must be pursued. Success in life is the fulfillment of purpose. Your purpose, if you decide to accept it, is to model yourself after Christ. He was and is the model son. Emulate him and watch devils tremble.

The deliverance and healing ministry of Christ is not finished. Devils are still tormenting innocent people, and thousands lay in hospital beds sick and without hope. Demonic spirits left unchallenged continue to steal, kill and destroy. The only hope for the sick and oppressed is the manifestation of the sons of God walking in the Spirit confirming the resurrection of Jesus with signs following.

As a son of God, you have an excellent opportunity to show forth the praises of Him that has called you out of darkness into His marvelous light. The entire world is groaning and travailing waiting for you to pick up the sword of the Spirit and put the enemies of God under your feet.

God’s revolutionaries are not afraid of devils. When Christ called his revolutionary disciples, he gave them power against unclean spirits and to heal the sick. “And when he had called unto him his twelve disciples, he gave them power (delegated authority) against unclean spirits, to cast them out, and to heal all manner of sickness and all manner of disease” (Matthew 10:1). Again we read of deliverance and healing in the same verse. It seems some want healing but ignores deliverance. To me, it’s apparent that deliverance and healing work together. Receive deliverance, receive healing. Receive healing, receive deliverance. You can’t counsel out or drug out what you are called to cast out. Casting out demonic spirits is a clear sign of the Christian believer’s authority.

The first sign following a mature Christian is casting out devils. When was the last time you saw someone receive deliverance? Scripture declares, “And these signs shall follow them that believe, in my name shall they cast out devils, and they shall speak with new tongues” (Mark 16:17). These “signs” are visible indications of discipleship that “follow” believers in Christ. Believers don’t follow signs; signs follow believers.

Unfortunately, the word possessed is confusing. In our Western culture when we think of someone possessed we think they are out of control. That’s not what the biblical word possessed means in this scripture. A person can be possessed and remain in complete control of their faculties. It’s very common to see a person needing deliverance come to a church service for deliverance. If a person was under the total control of a demon that demon would never allow a person to attend an anointed church service nor come into contact with an anointed Christian. This answers the question, “Where were these possessed people during the day?” The answer is, “Probably at work.”

It's clear therefore that the word possessed means to be demon influenced or said another way demonized. This means that a person needing deliverance is harassed, vexed, tormented or influenced by demonic spirits and you have the authority to cast them out and bring healing in Jesus name.

OPPRESSED BY THE DEVIL

THE FINGER OF GOD

The Holy Ghost said to me, “Only the sons of God walking in the Spirit can manifest the Kingdom.” All of us are called to manifest the Kingdom of God. One way is found in the healing and deliverance ministry. Jesus taught when unclean, vexing, harassing, tormenting or demonizing spirits were cast out of people then the Kingdom of God is in manifestation. “But if I with the finger of God cast out devils, no doubt the kingdom of God is come upon you” (Luke 11:20). Deliverance is the children’s bread; it belongs to us. Devils have no right to put sickness or disease on God’s people.

Before a person can receive the benefits of salvation, they need to know what belongs to them. This is confirmed in the scripture, “Faith cometh by hearing and hearing by the Word of God” (Romans 10:17). Once you know what belongs to you, then all you need to do is receive it. That goes as much for deliverance from unclean spirits as it does for physical healing. The Apostle Paul wrote that he prayed for believers to come to the place where they knew what belonged to them in Christ. Today we could call those the benefits of salvation. He wrote,

“That the God of our Lord Jesus Christ, the Father of glory, may give unto you the spirit of wisdom and revelation in the knowledge of him: The eyes of your understanding being enlightened; that ye may know what is the hope of his calling, and what the riches of the glory of his inheritance in the saints, And what is the exceeding greatness of his power to us-ward who believe, according to the working of his mighty power, Which he wrought in Christ, when he raised him from the dead, and set him at his own right hand in the heavenly places, Far above all principality, and power, and might, and dominion, and every name that is named, not only in this world, but also in that which is to come: And hath put all things under his feet, and gave him to be the head over all things to the church.” (Ephesians 1:17-22)

All enemies of Christ including demon spirits, sickness, and disease belong under the feet of Christ. Scripture confirms, “For he must reign till he hath put all enemies under his feet” (1 Corinthians 15:25). As a disciple of Christ, you are charged with the continuing deliverance and healing ministry of Christ. Learn all you can. Study to show thyself approved a workman that need not be ashamed. Be a doer of the Word, not just a hearer. When demon spirits harass use the anointed Word of God and command them to “come out in Jesus name!” Give testimony to the resurrection of Christ and let there be great grace in your life.